Doing Business in Dubai, UAE – international ranking According to World’s Bank Doing Business 2013 report, the “doing business in Dubai, UAE” ranking has moved to seven spots up this year which is countries’ biggest jump in global ranking. The UAE has leaped from 33rd position from last year to 26th  this yaer as according to the World bank report, making it the only one country in the Middle East and North Africa region that had such position improvements in its global competitiveness ranking. The report on doing

Expansion of Jebel Ali Port is to be finished soon. 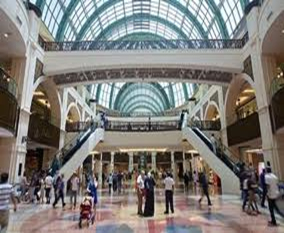 UAE develops new energy sources. Instead of resting on its laurels as one of the world's largest oil producers, United Arab Emirates ensure future contributions to the global energy sector. A number of renewable energy projects now are being implemented across the country.  In order to meet future demands UAE is going to become a leader in solar and wind power energy production. The UAE target is to produce seven percent of its electricity through alternative energy renewables by 2020. Masdar City is considered to be the 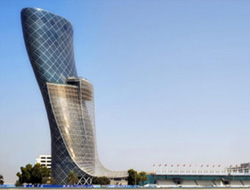 Abu Dhabi – the capital of billions USD worth projects

Abu Dhabi – the capital of billions USD worth projects Abu Dhabi, being the capital of the United Arab Emirates, traditionally provides investors and contractors with new opportunities for realization of ambitious projects. Projects planned for 2013 prove continued growth of Abu Dhabi economic activity. The total value of projects planned in Abu Dhabi for 2013 is 50 billion dollars. Capital Gate – recently finished ambitious project in Abu Dhabi. Capital Gate skyscraper is listed in the Guinness Book of Records as