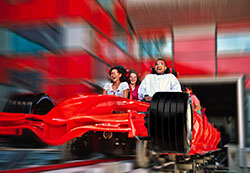 Abu Dhabi is in the Guinness Book of Records (“Abu-Dhabi what to visit”) If you happen to be in Abu Dhabi, the first question you might ask yourself is what to visit here. The capital of the United Arab Emirates, Abu Dhabi is a real pearl in the desert. It certainly attracts a lot of tourists and visitors. This means that an abundance of attractions here is truly beyond description. Therefore, many of them are quite unique and have been repeatedly included in the annual edition of the Guinness World Records Book. So what 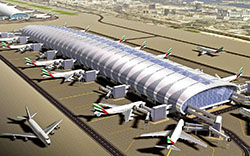 The biggest Airport in Dubai

The biggest Airport in Dubai The biggest / largest airport in the world is Al Maktoum International Airport located in Dubai. After years of construction, airport was opened on 27 June 2010 and in February 23, 2011 the Civil Aviation Authority issued certificate granting to serve air transport not only cargo, but passengers as well. Costs of the project of the largest airport in the world is $33 billion. The area of Al Maktoum (airport named by the ruling family of Dubai) is 140 square kilometers along with the target 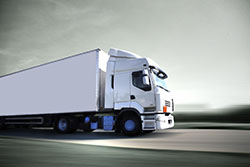 Passengers and Cargo Logistics in Dubai, UAE Nowadays, it is difficult to overestimate the role of passengers and cargo logistics when the large and medium-sized business is not more acting within one country, but goes to the international level. XXI century is characterized by the rapid development of logistics in most countries of the world. In recent years, several large scale logistic projects have been carried out in South-West Asia, the Gulf States, and the UAE, particularly in Dubai. About Dubai: logistics business 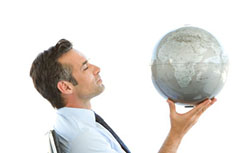 Middle East CEOs certainty in business boost is skyrocketing. According to the recent survey most of the local experts expressed confidence and predicted economic growth in different business arenas over the next 12 months. 53% of the Middle East CEOs are confident about the potential prospects of economic development, whereas their global counterparts are at 36%, additionally 75% strongly believe that this growth will subsequently help to boost workforce. Let us have a closer look at how Dubai is doing. The UAE generally

Purchase / sale of ready made offshore and onshore shelf companies in Dubai, UAE

How to buy ready company in UAE, purchase shelf company Dubai In Dubai and other Emirates of UAE the praxis of sale and purchase of the ready shelf offshore and onshore companies is practically not applicable. The reasons are: Onshore company in Free Trade Zones in Dubai and other Emirates of UAE – there is a number of versions and sub-versions of such companies and each of such companies is incorporated as according to the specific requirements of each individual client. Thus it is really hard to buy ready company in