Present and future of offshore zones 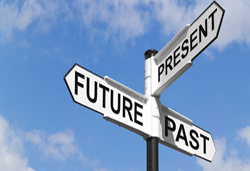 If you regularly follow up the news regarding struggle between different countries and regulatory bodies with low-tax and tax-free jurisdiction it may be assumed that offshore jurisdictions may soon come to an end.

But if you look at the picture more closely, it appears that in absolute figures the business of low-tax countries has not only declined, but in many countries has even boosted its performance. The biggest increase has been in the field of finance and e-commerce.

There are several reasons for it. First, low-tax jurisdictions have taken a number of steps to ensure necessary level of control on identification of beneficial owners of business and control over activities of companies. Second, such jurisdictions, having tightened control over offshore companies, as a result have been deleted from the list of countries that failed to provide adequate level of control and cooperation in fight against money laundering. Third, banks in most jurisdictions have become much more demanding in providing information from customers.

In addition to the aforesaid reasons, customers have also started to use low-tax jurisdictions in other means, ensuring execution of proper paperwork and preparation of relevant reports, as well as increasingly incorporating companies with real presence in the country of incorporation.

Large companies reconsider their approach to tax optimization and facilitation of low-tax jurisdiction not only as passive companies which accrue part of profit, but also as part of real business that transfers some employees and part of real production or service rendered by business to such country.

Attractiveness of prestigious low-tax jurisdictions have also been clearly demonstrated by huge influx of a wide range of companies to free trade zones of the UAE, that resulted in permanent lack of premises in most FTZs, and companies often have to wait until they obtain necessary business premises.

Significant part of business in low-tax and tax-free jurisdictions includes registers of ships and aircrafts, as well as companies engaged in commercial fleet and aircraft management. The United Arab Emirates are an excellent example for it - significant number of companies, which manage and service commercial fleet, are located in the Emirates and enjoy benefits of taxation offered by this country.

It is clear trend that the volume of business done over low-tax and tax-free jurisdictions it is not only reducing, but even increasing. At the same time there are significant transformations in the quality and scope of services offered by such jurisdictions. Business attitude to apply the tools of low-tax companies is also changing, in terms of more responsible and competent application thereof and bringing standards of document management and business reporting to the required international level.

And the United Arab Emirates is one of the jurisdictions, providing business with such benefits, and giving attractive opportunities for effective development. Clear evidence of benefits of Dubai is the huge number of companies already present in the country and steadily growing number thereof.